The France international underwent a medical at Carrington on Sunday evening and is set to becomes the Red Devils’ fourth signing of a busy summer at Old Trafford
Manchester United have agreed a fee with Southampton for midfielder Morgan Schneiderlin, Goal can confirm.

The Frenchman underwent a medical at Carrington on Sunday and the deal should be official announced imminently, when he will become the latest big-money arrival in Louis van Gaal’s summer overhaul.

Goal revealed that the Red Devils were pushing for a deal in June and have now met Saints’ asking price, with the club hopeful he will be included in their squad for the upcoming tour of the United States.

Arsenal and Tottenham have both shown an interest in the 25-year-old in the past 12 months, but it is United who have won the race for his signature.

Schneiderlin will become the Red Devils’ fourth summer signing after they completed deals to bring in Memphis Depay and Matteo Darmian as well as agreeing a fee with Bayern Munich to add Bastian Schweinsteiger to their squad.

Schweinsteiger and Schneiderlin will battle with the likes of Michael Carrick, Ander Herrera and Juan Mata as United look to improve on their fourth-place finish in the Premier League last season.

Schneiderlin played a key role in the Saints qualifying for the Europa League last term as he scored four goals from midfield in his 26 league appearances.

Southampton are reportedly keen to replace the outgoing midfielder with Jordy Clasie after Feyenoord revealed he would not be playing any pre-season matches due to “concrete interest” from another club. 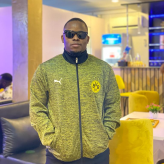 Christian Eriksen Injury: Manchester United Midfielder ‘Out Until Late April or Early May’